Cross golf organizations in Cappadocia are accepted among responsible luxury tourism, the new trend of the recent years in the world. Cross golfers of Cappadocia tries to promote with an interesting motto; “dress pink, think green”. Actually it is impossible not to get excited when you see the golfers in Cappadocia nature with their pink t-shirts and stylish hats.
Since its establishment, util today the cross golf company in Cappadocia hosted two big events. One of them is 1st Cappadocia Cross Golf Tournament organized at the end of May 2008 and the other is 2nd Cappadocia Cross Golf Tournament organized at the end of May 2009. In addition to these tournaments, during the summer months they organize free of charge courses by professional golf trainers. The courses were organized under Cross Golf Summer Camp in order to make the young people to have interest in golf. The 1st Cappadocia Cross Golf Tournament was organized with the participation 18 golfers from different clups. The tournament was extremely contentious and hosted many names such as Walter Gyger, Ambassador of Switzerland. During the tournament, the first place was taken by Doris Banderas from Austuralia, the second was taken by Mark Bentley from UK and the third place was taken by Dr. Lale Tuncel from Ankara. The 2nd Cappadocia Cross Golf Tournament brought to our lives for the first time the concept of “traveling golf clup” by having a jeep pulling a cross golf caravan. During the tournamnet, there were 20 golfers from Turkey and Argentina, Nederlands, UK, Spain, Russia and Germany. Golf Channel, the world’s most popular golf channel, made shots for the whole tournament. Appie Cooskend from the Netherland took the first place in the tournament and followed by svetlana Andryukina from Russia onthe second place and Carlos Ansede from Spain on the third place. 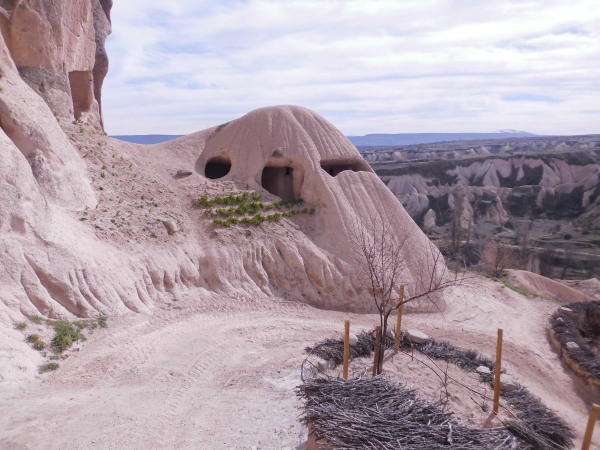